As the daughter of esteemed cookbook editor Maria Guarnaschelli and my dad, John, an Italian and Chinese cooking enthusiast, I spent my childhood surrounded by food. I honestly feel as if I learned to eat according to whatever cookbook my mother was working on at the time: one year was devoted to Indian as she cooked her way through the manuscript of Classic Indian Cooking by Julie Sahni; another year was devoted to Italian with The Splendid Table by Lynne Rossetto Kasper. That year was intense. My father claimed that if he saw another sprinkle of Balsamic vinegar in the kitchen, he might consider moving out!

As I remember it, my mother was always coaxing me from my ‘Barbie land’ under the dining room table to peel potatoes, knead bread or assemble a trifle. I suppose, looking back, what else could a seven-year-old have wanted from life?

This early emphasis on my palate truly shaped my future in food. On the day of my graduation from Barnard College in 1991, I decided to explore my culinary interests and began working under the tutelage of the acclaimed American chef and restaurateur Larry Forgione.

Forgione encouraged me to travel and expand my skill set, so I obligingly moved to France to do work-study at La Varenne Culinary School in Burgundy. After school and traveling throughout France, I moved to Paris to begin a four day “stage” at the Michelin three-star restaurant Guy Savoy. Four days turned into four years and I was then promoted to sous chef at La Butte Chaillot, another Savoy establishment. The first three months were terrifying—imagine being an American woman in charge of a French kitchen with 10 cooks under you? Professionally, it was a life-changing experience.

After seven years in France, I returned to New York and joined the venerable Daniel Boulud at restaurant Daniel, where I eventually become a sous chef at the Manhattan standard. I loved my experience with Daniel, a very spirited chef driven by great ingredients. The tiny rows of Lamb’s lettuce, the Colorado lamb rack…every ingredient was perfect, pristine. It felt, in fact, as if I were still in France. This love of ingredients left me compelled to discover what was great about American ingredients, the very ingredients I had discovered working at Larry Forgione’s restaurant so many years before. I decided to move to Los Angeles for two years to join Joachim Splichal’s Patina Group, where I worked at the acclaimed Patina (then just a tiny boutique) restaurant on Melrose in West Hollywood. A trip to the Santa Monica green market to check out the rows of artichokes and asparagus was enough to convince me I had done the right thing. Then there were all of the fruits, from Heirloom tomatoes to juicy nectarines that seemed almost fake, they were so beautiful!

In 2003, I became the executive chef at Butter Restaurant [415 Lafayette St. NYC], where I really had a chance to spread my wings and develop a menu based on my own choices and point of view. I created an American menu spotlighting local ingredients and allowing their flavors to shine. After the success of Butter, in 2011, I opened The Darby [244 West 14th Street. NYC], a unique supper club. In addition to restaurant work, I also spent a few years instructing budding professional chefs as a chef-Instructor at New York City’s Institute of Culinary Education and became a member of the ICE Advisory Council.

As for television, after appearing on Food Network Challenge and as a judge on Iron Chef America, I hosted a show called Alex’s Day Off. I was then lucky enough to become a regular judge on the primetime show Chopped and have appeared on Next Iron Chef. In 2012, I became an Iron Chef. Considering I was once a judge, a challenger and a contestant, my parents were the most happy to see me achieve this goal. I am a member of Les Dames D’Escoffier and dedicate time to supporting some of my favorite charities:

Wellness in the Schools

Perspective on Food
The food we are exposed to during childhood can have a profound effect on our cooking (and eating) choices when we become adults. I am certainly no exception. My mother would whip up a soufflé from scratch on a weeknight and my father would stir fry some Cantonese food the next. I was exposed to a wide variety of cuisines thanks to the boundless interests of my parents. I can remember moments where I would watch my father sear a steak and sauté vegetables while I washed an array of lettuces. My mother cooked avidly from books, calling me into the kitchen to make Minestrone or assemble a coffeecake. Even a simple tuna salad sandwich became a procession of steps, toasting the rye bread, seasoning the tuna, layering the potato chips… It was simply impossible for me not to fall in love with food and cooking!

I love the greenmarket and the effect ingredient choices can have on food. That is my “shopping philosophy.” When you can, hit your market to see what is growing and available locally. Ingredients that travel less distance from the ground to your plate are likely to taste fresher and more satisfying. I am not wearing a hemp dress and standing on a soapbox. I think as long as you like what you are making and eating, that’s all that matters. People often write to ask if I think two particular ingredients go together or whether it’s “ok” to cook something a particular way. To me, if you love your food, there are no rules! The food police aren’t going to come to your house to arrest you.

My cooking philosophy? I am passionate about American ingredients and dishes that tip their hat to food history in some way. I love a true clam chowder and a Blackberry fool. From Oysters Rockefeller to strawberry shortcake, I love food with simple (but bold) flavors. I also think it’s great to make things from scratch that you might normally buy premade (butter, ricotta, jam, etc.), so that’s a big hobby of mine.

alex guarnaschelli @guarnaschelli
15 hours ago
Yes this could easily describe me 😂😂😂 https://t.co/1cXUgmrsAC
View on Twitter 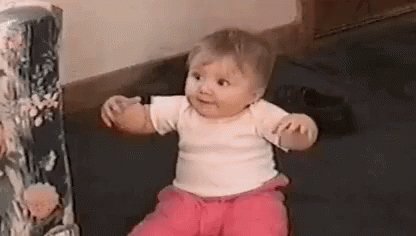