This is the stuffing I grew up on. My dad insisted the pilgrims were eating Mozzarella and Pepperoni on the Mayflower! I think he cracked that joke so many times; he started to believe it…I love what the cheese does when baked inside the bird. The pepperoni becomes almost like bacon or Pancetta here when mixed with the otherwise traditional stuffing ingredients. If you don’t want to use or don’t have the turkey gizzard and heart, simply omit. Take a chance on this stuffing and you will never go back…

Cook the vegetables: In a large skillet, melt 2 tablespoons (1/4 stick) of the butter. Add the onions and celery. Season with salt and pepper. Cook the vegetables, over medium heat, until translucent, 3-5 minutes. Remove the skillet from the heat and transfer the contents to a bowl. Set aside.
Toast and season the bread: Arrange the bread slices in a single layer on a baking sheet and toast until light brown. Alternatively, brown them in a toaster. While the bread is still hot, lightly butter both sides of each piece. Cut into 1-inch squares and transfer them to a large bowl. Toss with salt, pepper, the thyme, sage and rosemary. Mix to blend. Set aside.
Cook the turkey innards and pepperoni: Heat a tablespoon of the butter and, in a large skillet, quickly sauté the heart and gizzard pieces, 30 seconds. Season with salt and pepper. Remove from the heat and add it to the bowl of celery and onions. Stir to blend. In the same large skillet, add another tablespoon of the butter and sauté the pepperoni pieces over high heat until crispy, 2-3 minutes. Drain on a paper towel.
Make the mix: Combine the celery and onion mixture, the cooked breakfast sausage, the mozzarella and the pepperoni in the bowl containing the toasted bread. Mix to blend and add the cup of chicken stock to moisten all of the ingredients.
Stuff the turkey: Place the turkey on a flat surface, season with salt and pepper on the inside and out, and stuff the cavity with the stuffing. Truss turkey or, alternatively, tie the legs closed with a strong piece of kitchen twine to assure the stuffing doesn’t fall out as the turkey roasts. Wrap any remaining stuffing in tinfoil and keep the tinfoil fairly flat, like a large envelope. Roast turkey until 165F internally. Take the temperature of the stuffing itself to make sure it is cooked through as well. 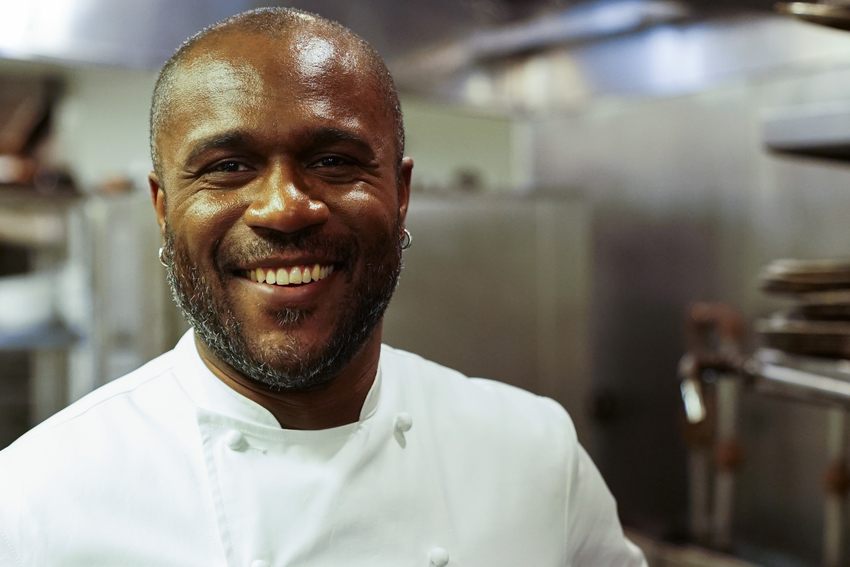