If you’re a fan of Mexican food, you’ve probably tasted carnitas—slow-cooked, melt-in-your-mouth shredded pork that’s oozing with south-of-the-border flavor, and a staple on any menu. Traditionally, you’ll find it stuffed into soft corn tortillas, piled atop a crispy tostada shell, rolled into a leaf-steamed tamale, folded into a burrito, or nestled between two halves of a crusty-yet-plush torta roll (and the list goes on). But carnitas, which literally means “little meats,” is a versatile dish that lends itself to plenty of not-so-traditional applications. We asked top chefs to share their favorite out-of-the-box ways to devour carnitas, so you can enjoy them too.

Carnitas Eggs Benedict
Last night’s taco leftovers can easily become tomorrow’s brunch. “The carnitas eggs benedict at Diner 248 in Pennsylvania rocks my world! I’ve always been a salmon girl when it comes to this breakfast dish, but something about the creamy hollandaise with a hint of lemon cascading over succulent carnitas just gets me,” says Sunny Anderson, celebrity chef, cookbook author, and co-host of “The Kitchen” on Food Network.

Carnitas Sandwich
Reimagine a classic tuna sandwich by building a cold carnitas sammie. “My mom would always put a layer of spicy barbecue potato chips inside my tuna salad sandwiches when I was a kid. Similarly, I love to add a sprinkling of crispy pork skins on top of carnitas to achieve greater meaty flavor and a crunchy texture,” says Alex Guarnaschelli, executive chef of Butter in New York City, judge on “Chopped” on Food Network, defending champion on Food Network’s “Iron Chef Gauntlet,” and host of Food Network’s online series “Fix Me a Plate.” She also suggests adding a layer of cherry tomatoes tossed with slivered jalapeño and a splash of acidic red wine vinegar. “That would be absolutely sublime here,” she adds.

Indian Carnitas
“Tamarind lends itself well to carnitas. It adds a nice brightness,” says Eric Greenspan, celebrity chef and WW Chef Ambassador. Its sour-sweet taste is often present in Indian dishes and pairs well with other robust flavors like garlic, onion, chilis, and even coconut milk. Add it to your carnitas spice mix during cooking, then pile it on a mound of basmati rice.

Carnitas Barbecue
“The meat is always the star, so enhance it with sweet, spicy, and a bit of tang,” says Anderson. Simmer it in your favorite barbecue sauce, or try Anderson’s easy sweet-and-spicy trick—cola, salt, pepper, jalapeño, and seasonings like cumin, oregano, garlic, or bay leaves.

Orange-Scented Carnitas
“The meat for carnitas is generally slow-cooked in lard, so I like to serve it with some acidity to balance that out. Instead of salsa or a condiment that offers heat or texture, I like to toss the meat in a little bit of reduced orange juice and a touch of lemon or orange zest to give it another layer of flavor,” says Guarnaschelli. “The citrus is almost floral against the heat of the chilis and richness of the meat.”

Steamed Carnitas
If you’re looking for a cooking method that uses less fat, try steaming the meat. “Make a nice, flavorful paste to rub on the pork butt before cooking. This will keep moisture in, and steaming it makes it taste delicious,” Greenspan says.

Carnitas and Grits
Say hello to the landlocked cousin of shrimp and grits. “Pile carnitas on top of a creamy bowl of hominy grits,” says Anderson. Add an optional garnish of chopped cilantro, pickled red onions, or extra jalapeños for an extra kick.

Carnitas Scrambled Eggs
Pump up your morning eggs by scrambling them with some leftover carnitas. “It’s a filling and delicious way to enjoy such a simple breakfast dish,” says Greenspan. For a nod to chilaquiles, a traditional Mexican breakfast, drizzle some salsa verde and sprinkle crushed tortilla chips over the top.

Elevated Traditional Carnitas
“With a dish as sacred as carnitas, I do often lean toward the classical ingredients for cooking them,” says Guarnaschelli. The key is to choose flavors that make the meat really pop—and that means going beyond go-to spices like cumin or chili pepper. “I like infusing the lard with cinnamon sticks and a few bay leaves for a deep base flavor. I also like dropping a cheesecloth sachet filled with mixed white and pink peppercorns into the pot, which is removed at the end,” she says.

alex guarnaschelli @guarnaschelli
5 hours ago
I am a listening to Tony Romo excitedly and passionately commentate as if he’s on the football field type of football fan https://t.co/Ld8GSUULGF
View on Twitter 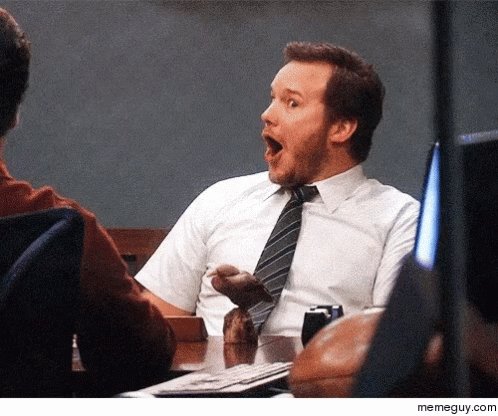 alex guarnaschelli @guarnaschelli
6 hours ago
Tony Romo is exciting to listen to. He’s got that practical experience and passion for the game.
View on Twitter
8
259